Unlike most manufacturers who are on their way to fully transform their lineup into electric vehicles, Toyota CEO Akio Toyoda insists on investing in a separate range of electric cars instead. This also includes hybrids, which did invite criticism from investors thinking the world-leading company is too slow in keeping up with the times.

Toyoda’s answer to their doubts was to continue their strategy surrounding eco-friendly vehicles. In fact, the Japanese company is expected to invest $70 billion on their EV development for the next nine years, which sounds like a lot, but it isn’t, if you compare it to other big brands. There’s more than meets the eye in Toyota’s late entrance to the EV market, with Toyoda telling consumers to take caution with the hype on EVs. This was the same statement made about two years ago, when Tesla was at its peak, being the first fully electric car to break into the mainstream. The company bets on its strategy to sell both EVs and hybrids, letting consumer adoption, sales, and the environmental impact of EVs ‘present the hard facts’. They also stated that it would be difficult to sell a fully-electric lineup by a specified time, which has been implemented in some states of the US, like California and New York. Furthermore, he explains that requiring personal vehicles to be electric essentially makes it a novelty, as electric cars tend to be expensive, which they still are. Attempts have been made to make it affordable, but the only notable examples were golf cart-sized cars from Chinese manufacturers; even that is still somewhat pricey.

Toyoda also plans to stay with the current franchised business model of the company, with a goal for carbon neutrality by 2050. He believes that the rush for electrification will also bring battery material shortages in 5 to 10 years, which could also cause issues for the supply chain. The recent automotive microchip shortage doesn’t help either, and with the unrecyclable state of EVs, it’s hard not to deny the fact that A) Toyoda is still looking to the possible downsides where nobody else does, and B) Toyoda has solid points that everyone is skeptical of, because everyone only sees the potential profitability and the ‘green’ part of EVs, not the truth and concerns. 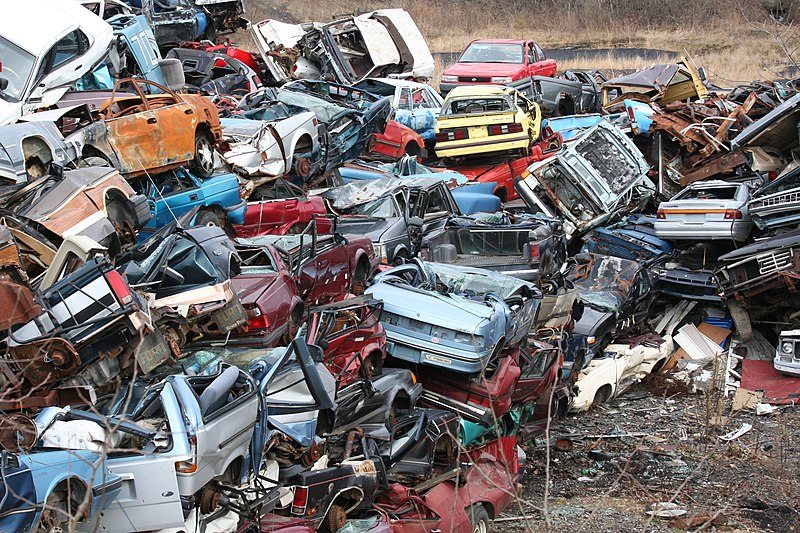 Like phones, nobody seems to talk about how long the batteries will last, and what becomes of the entire car when it cannot reach a range worthy of keeping on the road. With ICE, swapping in parts to keep it going is practically doable, and fuel is much less complicated than batteries. The car has no emissions, as coal-powered power plants provide all the juice the chargers need, if it isn’t powered by the grid or nearby solar panels.

Toyoda’s statements and this article could age poorly. But it may also prove that electrification isn’t the future. Only time can tell, as Toyoda says. There’s a reason why Toyotas are everywhere, recognized for their durability and vision of the future. Like its founder, Kiichiro Toyoda, being a visionary leader is what Toyota has been all these years, and Akio is no different. The Japanese manufacturer has made countless bets and predictions, and we sincerely hope that Akio’s on the money this time.