The original trilogy is being rebooted because of the direction the series original trilogy went into an over-the-top approach due to how wacky the series became, which meant there could be no serious follow-up to the final game in the trilogy released in 2013.

The re-boot is intended to pull away from the “wacky” tone of Saints Row IV and later games in the series, instead bringing back the balance between comedy and seriousness that Saints Row 2 had.

The story of Saint Row

The original Saints Row was released in 2006 and was created to rival the Grand Theft Auto franchise, only to become its own distinctive and unique franchise with its own gaming experience.

What makes Saints Row very different from the Grand Theft Auto series is the mixture of comedy, violence, and wackiness makes it a distinctive open-world game.

The success of Saints Row is also partly due to the budget limitations of the game design company Volition Other High Voltage Software, which led to the creators having to think outside of conventional thinking.

Creative thinking leads to new franchises like the original Assassin’s Creed (2007) game and movies like The Fast and the Furious (2001). 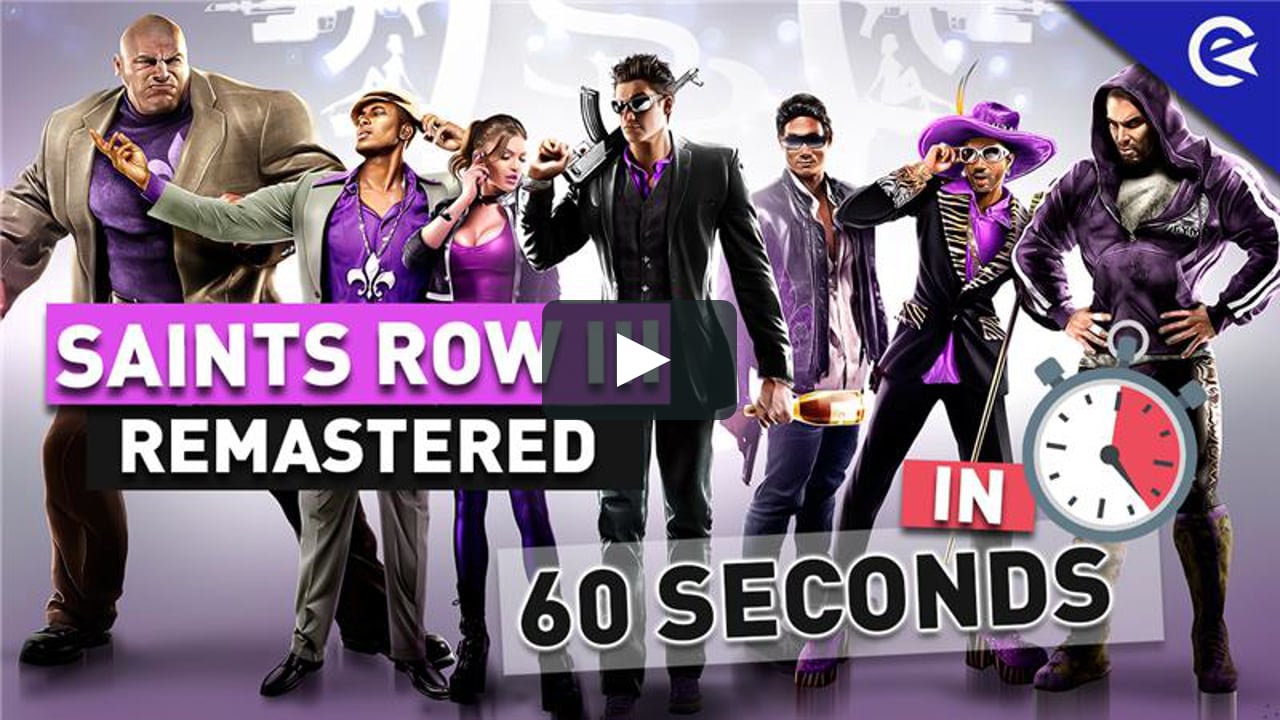 The gameplay of Saint Row

Players who enjoy an open-world sandbox will find Saint Row is the game for them; with plenty of replayability and customization that is now expected in open-world games, players can choose whether to be male or female or even change their sex or voice during the play through.

There are also new features that provide players when selecting the voice of their avatar will give their character a distinctive accent and way of speaking that is distinctive to certain American culture groups.

Saint Row also includes the return Insurance Fraud, which is a side mission that enables players to earn cash and get repeatedly hit by traffic without being killed is very similar to the scene from the movie Dodgeball: A True Underdog Story (2004).

Two new exciting additions to the gameplay of Saint Row is the ability to place a grenade inside an enemy’s mouth and then throw the target towards other enemies causing a massive explosion; this is a fantastic feature that lets players mow down their enemy.

The other change in gameplay is the addition of Choplifting; this is where players perform side missions by stealing armored trucks and using a helicopter to pilot the aircraft to a safe destination.

The difficulty of the missions is crazy, and over-the-top game mechanics returning franchise fans will be familiar with.

Saint Row will be released on August 23, 2022, on PS5/PS4, Xbox Series X|S, and PC. The game recently went gold, which means it is very likely to hit this release date; however, gamers will have to wait to see whether or not the new Saint Row trilogy will be groundbreaking and cover new gameplay mechanics with greater depth and breadth to the story and gameplay.

Fans new and old will hopefully be pleased with the franchise’s reboot, returning to a more comedic and grounded gameplay and story, which could be found in Saint Row 2.

p dir=”ltr” style=”line-height: 1.38;margin-top: 12pt;margin-bottom: 12pt”>Still, with a new release, fans expect that the gameplay will be not just a return to the old but the beginning of something new and exciting.