The Aristocats are getting a live-action adaptation, and it’s in development. They just keep coming.

Disney is currently making a live-action remake of The Aristocats. It first came out in 1970 with Tom McGown and Tom Rowe on the story. A family of Persian cats inherit their owner’s money, but they have to find their way home to get it. On their way home, they meet an alley cat that ends up helping them. 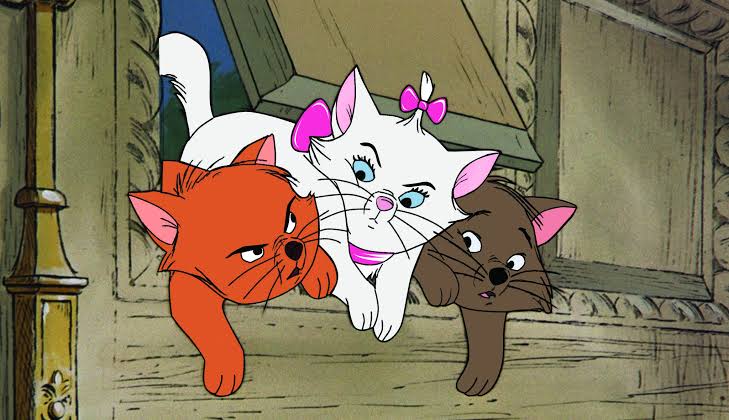 Comicbook.com came out with this news and who’s working on it. Peter Rabbit’s Will Gluck and Onward’s Keith Bunin are writing the script. As for the producer, Olive Bridge Entertainment will be handling it. It’s in the first stages of development, so that’s all there is on it. However, it’ll probably be similar to the Lady and the Tramp remake.

I honestly will never hate on more content, but Disney has been pushing out a lot of remakes and adaptations, haven’t they? There was Mulan, Aladdin, Lady and the Tramp, Curella, and more. A few have bad reviews all around while others are mixed.

Fans have been very vocal about the recent Disney remakes, and not a lot of them are liked. Some say they’re just ruining the originals. People think that they just shouldn’t touch the originals, but that means Disney has room to grow and make better products.

Though, it doesn’t seem like they’ll stop anytime soon since they have so many they can pull from. They can even explore characters that don’t get enough screen time in the originals. If they did that, there could be endless movies coming out. Whether they’re good or bad, though, is up to the audience.

Anthony Bicy is a novelist who specializes in fantasy, action, and adventure. He has earned his Bachelor's in Creative Writing. His short story, "The Hitchhiker", is published by the Scarlet Leaf Review. On top of those accomplishments, he has self-published a novel called Sword Days on the website Lulu.com. He aims to have readers de-stress and enjoy his work.