A necropolis is defined as a large, designed cemetery with elaborate monuments; in Ancient Greek, the word necropolis means “city of the dead.” The term also implies a separate burial site that is at a distance from a city. There were many necropolae throughout the ancient world; some of the most notable ones were in Egypt.

Abusir, or “the House or Temple of Osiris”, is an extensive Old Kingdom necropolis of Ancient Egypt, located near modern-day Cairo; it is one of the main burial sites for the ancient Egyptian capital of Memphis. It is part of the “pyramid field” that stretches from Giza to Saqqara.

There are several archaeological sites at Kharga, including an ancient Christian cemetery at El Bagawat. This functioned between the third and seventh centuries and is one of the best-preserved Christian cemeteries of the ancient world. 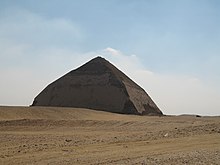 This royal necropolis is located about 20 kilometres south of Cairo on the west bank of the Nile River. The pyramids located at Dahshur are extremely important examples of the transition between step- and smooth-sided pyramids. Pyramids here include the Bent Pyramid and the Red Pyramid from the time of Sneferu.

Perhaps the most famous of the Egyptian necropolae, the Giza pyramid complex is located on the Giza Plateau in Greater Cairo, approximately nine kilometres west of the Nile River. Everything at this site was built during the Fourth Dynasty of Egypt’s Old Kingdom; the structures here include the Great Pyramid of Giza and the Great Sphinx of Giza.

This site is on the western bank of the Nile, opposite Aswan; it is the site of the Tombs of the Nobles, which date mainly from the Old Kingdom. Tombs here include those of expedition leaders who were sent abroad to negotiate the acquisition of goods for the Egyptian court. The site also includes a minor sanctuary from the Middle Kingdom.

Part of the “pyramid field,” the ancient village and necropolis of Saqqara served as the burial site for the ancient Egyptian capital of Memphis; it is located about 30 kilometres south of Cairo. Approximately 17 ancient Egyptian rulers built pyramids here, including the pharaoh Djoser of the Third Dynasty; this pharaoh oversaw the building of the oldest complete stone building complex in history, the pyramid of Djoser.

One of Egypt’s most isolated settlements, Siwa Oasis is the site of a necropolis established during ancient Egypt’s 26th Dynasty. 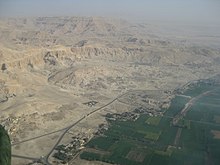 This necropolis is located on the west bank of the Nile, opposite Thebes (modern-day Luxor). It was used for a large portion of the Pharaonic period, particularly the New Kingdom period. This necropolis includes the famous Valley of the Kings.

This necropolis date from the Early Dynastic Period of ancient Egypt; it is located near the ancient Egyptian city of Abydos. There are tombs here from the pre-Dynastic period, as well as the First and Second Dynasties.

p class=”MsoNormal”>This city is the site of a necropolis from the Ptolemaic Kingdom; multiple tombs and sarcophagi have been discovered. There is also a unique cemetery dating back to the 26th Dynasty.