Hollywood socialite, Paris Hilton has finally officially changed her status to become the wife of Carter Reum, a businessman, after two years of dating. The two were married at the luxury residence of the Paris Hilton family in Bel Air, Santa Monica on Thursday (11/11/2021) local time. As reported by Page Six, the wedding of the two lovebirds from the conglomerate circle will last for three days.

The event began with a blessing ceremony followed by a reception in the evening. Followed by a carnival at Santa Monica Pier the next day, Friday (12/11/2021), and an official dinner on Saturday (13/11/2021). Meanwhile, the luxury house where Paris Hilton married belonged to her late grandfather, W. Barron Hilton. Launching from HELLO! Magazine, the house is worth USD 61.5 million.

In addition, launching from HollywoodLife, a source told eonline when Paris was preparing for her wedding. 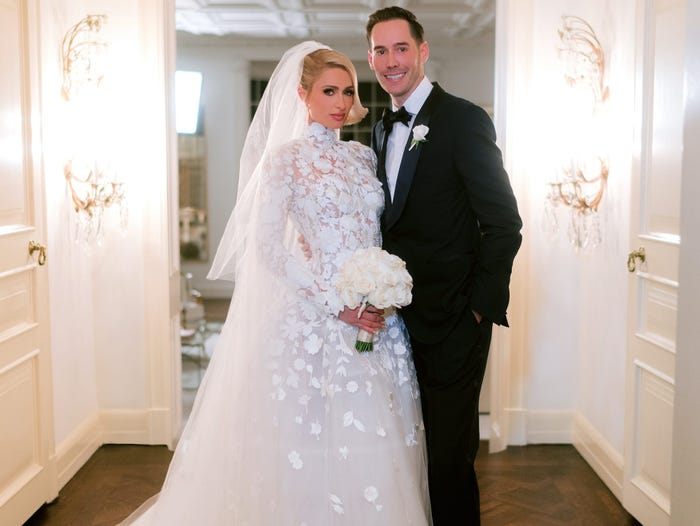 Paris uploaded a portrait of herself in a white wedding dress with floral motifs. “My Forever starts today 11/11 #justmarried #ForeverHiltonReum” she wrote on Instagram, quoted on Friday (12/11/21).

While appearing on The Tonight Show, August 2021, Paris revealed her party plans. For the three-day party, Paris has prepared a lot of dresses.

“Maybe 10, I like changing clothes,” she told Jimmy Fallon, the host of the show.

In an episode of the This is Paris podcast airing on November 11, 2021, Reum said his wedding would be a dream wedding.

According to a Mail Online report, a dance floor can be seen being built in the garden behind the house. There were also hundreds of roses and white flowers arranged to form the initials of Paris and Carter’s names.

“The first kiss and first hug as we always say, the electric flash that will happen between us, I will always think about those memories,” she said.

This marriage occurred after Paris Hilton and Carter Reum first announced their relationship in April 2020. The two became engaged in February 2021, after Carter proposed to the socialite on a private island. Not long after they got engaged, Paris once mentioned her desire to have a child with Carter Reum.

“I can’t wait to have a family with him, it’s something I’m really looking forward to,” Paris said in the preview for This is Paris. “Something we’ve talked about a lot since we were together. First marriage, then babies,” she added.

In January 2021, Paris and Carter were admitted to undergoing the IVF program. According to Paris, she found out about the program from her best friend Kim Kardashian.

“I can choose twins if I like, Kim said about this program. I don’t know at all,” Paris said as reported by Us Weekly at the time.

An English Literature graduate who is interested in journalism.