NASA has selected 13 possible landing sites for the next crewed Moon landing, Artemis III, which will launch in the year 2025. The following locations have been chosen by NASA for the Artemis III landing: 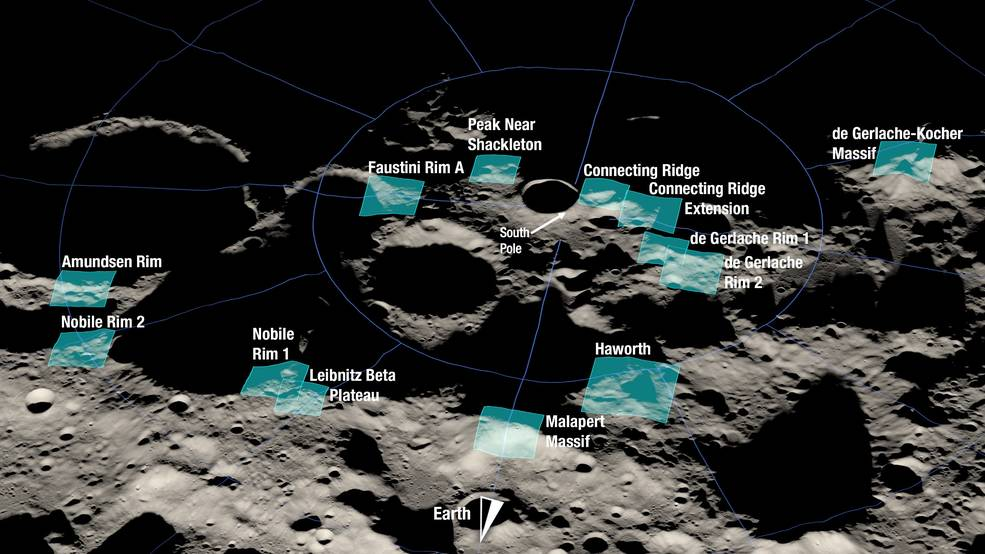 The 13 possible landing sites are geographically situated near the lunar South Pole. Utilising data from the Lunar Reconnaissance Orbiter and research material, NASA scientists and engineers decided upon the locations as the safest and most accessible landing sites. The lunar south pole remains of interest to scientists and researchers due to the occurrence of water-ice situated in permanently-shadowed regions around it. Many of the craters found in the south pole region contain a fossil record of hydrogen, water-ice and other elements that date back to the beginning of the Solar System.

The presence of ice-water near the lunar South Pole was first confirmed by NASA in 2018. Using data from NASA’s Moon Mineralogy Mapper (M3), a team of scientists at the Ame’s Research Centre were able to determine the existence of water-ice on the surface of the moon.

The moon launch will permit the Artemis III crew to collect samples of water-ice and perform an array of scientific observations. The data gathered will provide key information about the depth, distribution and formation of the water-ice found on the lunar surface.

I'm a writer interested in science, politics and world news. In my free time, I enjoy traveling, reading, and learning new skills.