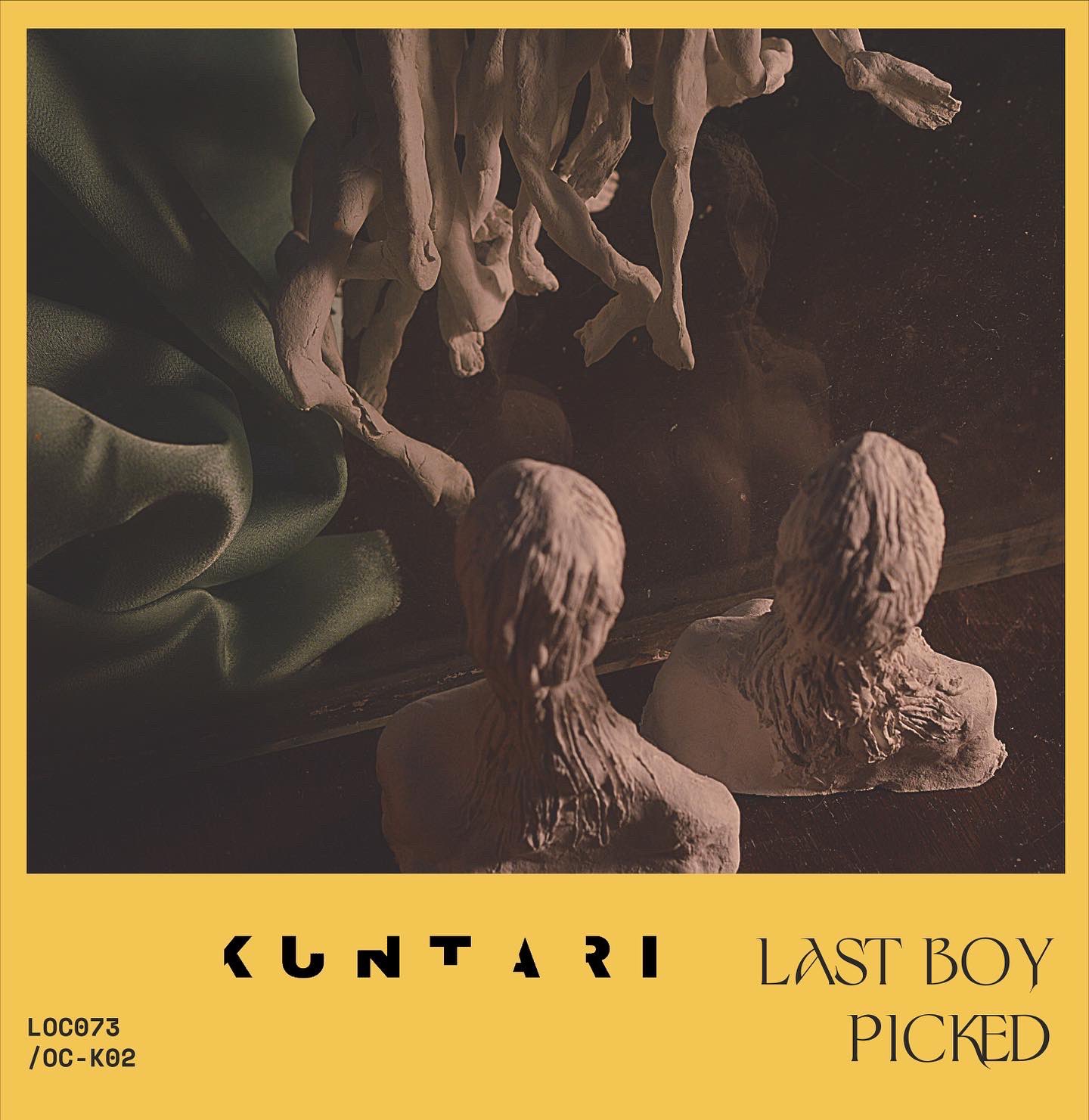 Kuntari’s’ Last Boy Picked’ is self-expression to the new. the ballads of the unheard, albeit with a head numbing noises; relentlessly through and through.

Kuntari comes into the Indonesian music scene by the end of 2019; has come yet again with a beautiful passageway to their sacred temple of his. During these chaotic times of COVID, more and more artistry that seeps into us was just a new beginning. Even for Kuntari or publicly known as Tesla Manaf; his first album was not enough of a fight for what his real worth. Consequently, the fight now comes in a more subtle yet powerful form of strings, riff, more tribalistic than its predecessors ‘Black Shirt Attract More Feathers’ (2019).

To come to terms with the new age dilemma, social landscapes, and breaking through the mold of what he loves about music; Kuntari comes with a new project called ‘Last Boy Picked’ (2021). Releases through Orange Cliff Records, teaming up with one of the most prolific labels also from Bandung, GRIMLOC records. In the same vein as the last album, the release is out of nowhere, with no previous extensive promo; and came into existence like wizardry, enigmatic, and enticingly so. For those who didn’t know Tesla before Kuntari, may these words that I’m about to type in can somehow depict him—albeit vaguely.

Tesla Manaf is one of the more furious acts in Jazz music that surprised us with an astonishingly complex live performance. Back in 2017, around the remains of now gentrified Tamansari, Bandung unleash his beast yet again.

Tesla Manaf is an experimental musician with an ambition to just be able to produce sounds of his own. Creating these beautiful and chaotic sounds, adding an edge of extreme to its Jazz compositions throughout the years. With over 10-years of experience, contribute as a music composer for a movie called ‘Indigenous Sorrow’ (2017); or in Indonesian called ‘Rembah Pribumi. A movie from Gracia Tobing, a breaking of the disheartening cycle of old, and the welcoming of new. In terms to come grips with reality living in a soulless life to stay, endure, or push through. Comes with a departure from its common tropes of wishful, and serene tunes. Into a more sonically haunting, contemplative, yet mesmerizing all the same.

In hopes of breaking out of the mold that he is usually known for, Tesla hooks up with Housman Pranoto to conjure the most inner chaotic beings that spell danger. With a track called ‘Run A1wpa2 2.0’, embracing the demonization of self. With that in mind, the upstanding Jazz sounds of old, suddenly closed off to let the animals go to lose.

As a result, Tesla’s created Kuntari, as his vehicle of destruction. With a more ballistic, rigid, and wide-array selection of instrumentation. In the same vein of Jazz disciplines, still reaching out to the unknown with more electronic-based music. 180º to what we knew, and however still manage to blow us off the water in the same manners.

In addition, they are now purely in search of the boundaries that have been completely thrown out of the gate; right from the opening sequence of Kuntari’s debut album. The colossally massive damage of greatness that we receive in the Indonesian electronic music scene, was big. That is to say, Kuntari become one of the hardest pills to swallow when it comes to his sounds. In the process of how to further that one can expand his sonic horizon—Kuntari is already up to the challenge. With its asymmetrical, jagged, and more repetitive sounds; there is no way that this album is gonna end up normally in someone’s repertoire for a week or so.

“Life was seen as just as small and full fickle matters; compared to another grandeur aspects that life is neater than we could even handle.”

But that happens in my case. In early 2020 after the massive flood, a new perspective of how we see our lives kicks in. Life was seen as just as small and full fickle matters; compared to other grandeur aspects that life is neater than we could even handle. And this album is perfectly summed up my whole experience of actually coming to terms with that. The opening of the flood gate (yes pun intended!) of emotions and new glasses to use; is beautiful. Certainly more worthwhile knowing that the accompanying sounds of that times; more the same as chaotic as I remembered it to be.

Sentiment towards track like the album title, ‘Kyoto Station’ ‘U4127i4’ or ‘Eerily’. Makes more sense in what’s about to come that year; the calendar full of near-misses and brought to the state of new survival mode—feels like life was simulated. And these albums awaken us all to be able to tap into the core of the program itself.

Regardless of what it makes up to be one of the fresh finds of the 2020s that sums up the whole chaotic year; and weirdly enough to prepare us for what’s about to come. In the coming of only just one year, after his debut to and reintroducing us to the world of Kuntari. He’s back at it again full force, with a new album, and even a new realm of sounds.

Last Boy Picked, maybe a play on word in conjunction with its instrumentation. More & more riffs, percussions that sound like an indigenous tribe; paying tribute to the new god upon the horizon. To give it to them a sacrifice for the altar. And it named itself as Kuntari.

The sense of urgency that exists within the universe of Kuntari, is without a doubt full of spiritualism, of old and new. ‘Roseate’ with its strumming heavy strings of, and its impending presence; mixed in right away with amicable percussions, and also the not so friendly animalistic samples. ‘Amber’ with the more calming pill agenda that the song put; toning down on the manic that ‘Roseate’ creates. Consequently, it got even more toned down with ‘Azura’. The picked bass with howling noises sample brings out the tribal imagery more and more as the album goes.

Last Boy Picked, maybe a play on word in conjunction with its instrumentation. More & more riffs, percussions that sound like an indigenous tribe; paying tribute to the new god upon the horizon. To give it to them a sacrifice for the altar. And the boy named himself Kuntari. ‘Last Boy Picked’ is now available through streaming services, such as Spotify, and Bandcamp; also available through physical releases through GRIMLOC’s official website.