When Director Ari Asters Hereditary hit screens in 2018, it wowed moviegoers. A dark family drama that dealt with loss and the effect that it has on the people left behind, the film took the fear and ramped it up to 1000%. When Annie’s mother passes away, it becomes the catalyst for a malevolent society to move in on the Family. With a mix of human and supernatural frights, this slow build and the shocking film are definitely worth a watch. 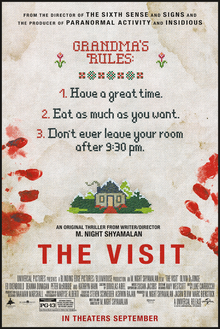 As a Director, M. Night Shyamalan has had a filmography of highs and lows, which can all be linked back to the plot twists that fans have come to expect. The Visit is one of his films that does this incredibly well and is arguably his scariest movie to date. Though their mother is estranged from her parents, siblings Becca and Tyler are going to meet, and stay with their grandparents for a week. And while everything starts fine, there is something not quite right in the house. This 2015 film joined the found footage subgenre and only added to Blum House production’s impressive

Dummies and ventriloquists have always been scary, and that fear is put into full effect in this creepy movie that utilizes the uncanny valley, with Dead Silence beginning the way it intends to continue. startling, intense, and ominous. Following the murder of his wife only hours after they receive a parcel containing a dummy, Jaime returns to his hometown in a bid to find answers to the mysterious tragedy and comes into contact with a sinister legend. James Wan, with his buddy Leigh Whannell, hit all the markers of a great horror movie once again and reinvigorated the haunted doll dynamic in 2007, years before James Wan’s Annabelle films would join the conjuring universe. 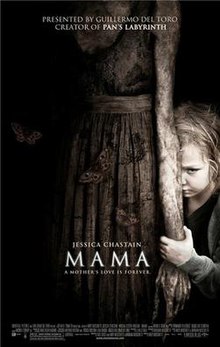 With a ghostlike entity raising them, sisters Lily and Victoria are fish out of water when they get taken in by their Uncle and his girlfriend. But with their overprotective Mama following close behind the family won’t have an easy time ahead them. With Guillermo Del Toro’s famed skill combined with Andy Muschietti’s incredible vision, the film was always going to be incredible. And it is. Though it didn’t achieve acclaims like Muschietti’s IT or Del Toro’s Shape of Water, Mama is no less a good film, and part of that is the touching family dynamic that manages to both break up and enhance the scares that Mama brings to the screen.