DUNE and The Fiction of Ecological Science 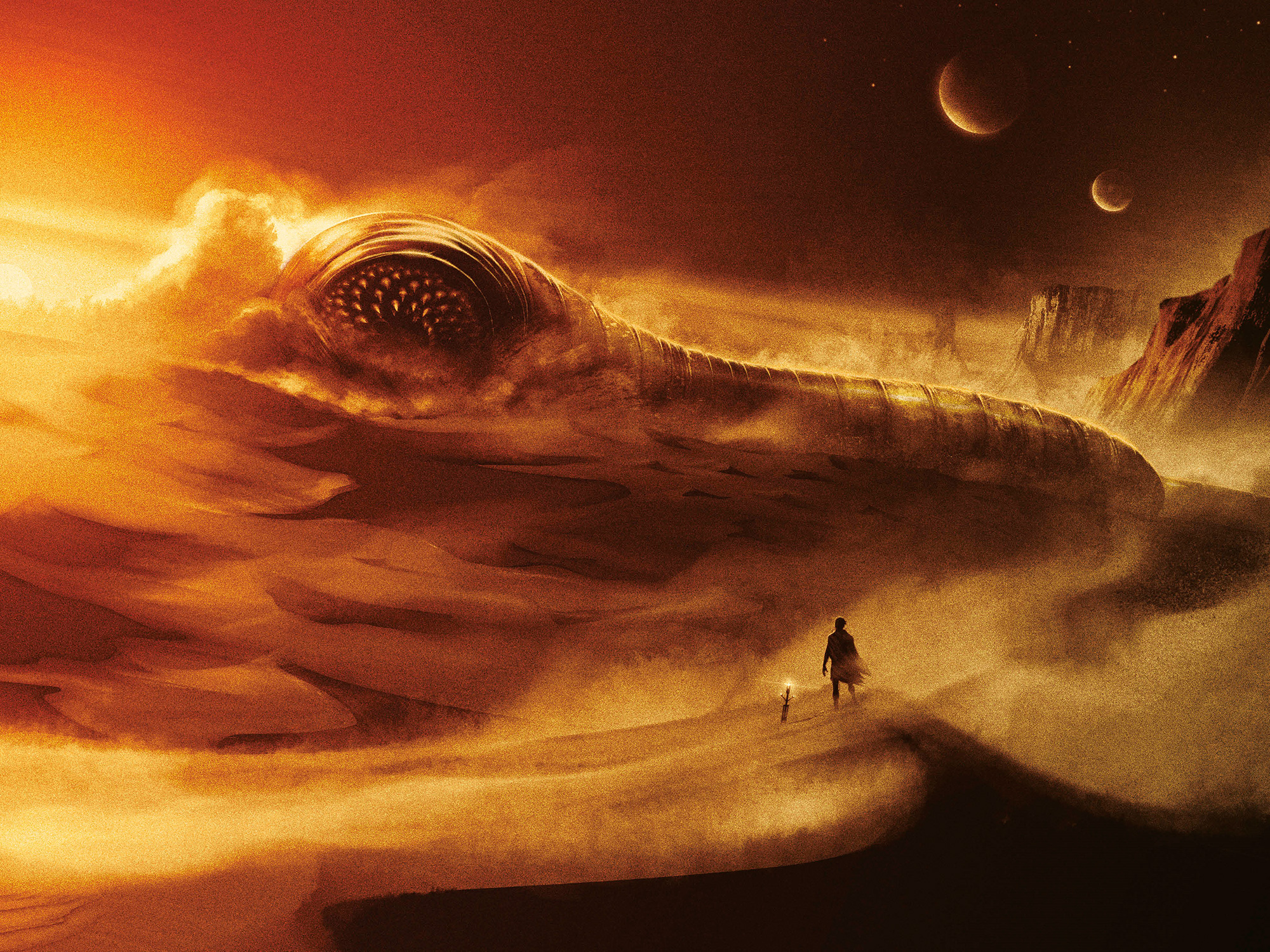 Frank Herbert’s DUNE, the spark of a saga that expanded throughout generations, is more than just a science-fiction epic. What Frank’s prophesized decades before, had actually slowly comes to fruition in real life.

Co-dependency and the contradictory parts of our humanity started to shown in the last few hundreds of years. With many innovative prompted movement, the speed and the immense pressure to be easy, has led humanity towards the apocalypse.

Accelerationist, one of many of socio-political idea on both spectrum’s out there, predicted this behavior years in coincide with Herbert’s work. The attitude of one’s own toward advancement, is always going to be positive.

However, the main aspect of what has been advanced cannot be stopped until we reach the point of no return. DUNE presents us with a what-if scenario, underlining the idea of an inward revolution that occurs after outward evolution gradually rips us apart.

Mentat is a discipline that mirrors ESP and spiritual way of life, exist in DUNE-verse as aftermath of technological dependency. This comes after the checkered history of technological usage and co-dependent relationship between human and machine.

Total prohibition of computer and thinking machine, resulted in humanity developed doctrine that more tune in with your inwards rather than the opposites.

And so the curtain rises on the epic space opera, that popularize the “technocalypse” term worldwide. The expansion of DUNE franchise into movie itself was not the first in its attempt. Lynch’s rapid rise to popularity to direct the 1984 film resulted in a production catastrophe.

Lynch and not so Surrealist Space Epic

The proportion of 1984’s DUNE, made Lynch himself embarrassed every time it it was referenced anyplace.

At the time, he was 38 years old and doing his best to keep science fiction strange and “Lynchinian”.

It’s not that the criticisms of the film are all wrong. The awkward pacing, the confusing plot, the big exposition dumps in dialogue. It’s a mess. But it’s a beautiful mess that’s far more memorable than the average aesthetic-free, polished-to-dullness blockbuster SFF films of today.

Bringing the spirit of this space opera epic onto the environment of the silver screen, Alejandro Jodorowsky’s attempt to direct the film in the mid 1970s was an even more ambitious ambition long before David Lynch helmed the production.

Amazing resume in a fantastical world-building, the director seat of DUNE fell unto his lap.

With a remarkable group that includes Pink Floyd and Magma for sound design, artists such as Jean Giraud, and even Salvador Dali and Mick Jagger.

The most ambitious science fiction endeavour to date, with a script that runs for nearly 14 hours. Unfortunately, the film failed due to creative disputes among the performers, the supporting cast, and budgetary constraints.

After nearly ten years of production standstill, the film’s rights were sold and eventually land onto David Lynch’s lap.

This entire debacle of a mega-art project that was supposed to be the pioneer of its genre can be seen in an exclusive documentary Jodorowsky’s Dune (2013).

With Timothèe Chalamet as Paul, Zendaya as Chani, Oscar Isaac as Duke Leto, and Javier Bardem as Stilgar, there are many aspirations and dreams for this new epic narrative of space opera, as well as many rumours circulating about a trilogy and spin-offs.

Many expectations are built on this new curtain that rises on the saga of DUNE.

Watch DUNE in theaters and HBOMAX this October of 2021, and remember to follow the COVID-19 procedure for the all the cinema goers out there, stay health and stay safe.