My other article today was about the subject of dark tourism- what it is, and what are the different types. My original thought for THIS article was to write up a list of different dark tourism sites, maybe ones that were different from the “usual” ones. However, I quickly discovered that there is an OVERWHELMING number of such sites; therefore, I decided to take a different tack.

Here are six dark tourism sites that I want to visit someday, and the reasons why:

Okay, this one is a little morbid- I mean, most people would ask: Who wants to go to a suicide famous for being a popular place to commit suicide? Well, I sometimes have an overwhelming need to understand serious and profound things, and this is one of them. I want to understand the profound nature of a place that is so quiet and so large that you could disappear into it and not be found for years.

This is a mainstream dark tourism location, but I want to visit it because the 9/11 attacks happened in my lifetime; I remember where I was in school when I first overheard somebody talking about what happened, and I remember which class I was in when they made the official announcement. In addition, the 9/11 attacks and the events that followed have shaped my entire life; I want to see and try and understand what happened to start it all.

I want to visit the Paris Catacombs because, frankly, the idea of there being an ossuary under Paris containing the remains of six million corpses is COOL; the logistics of such a thing are bound to be fascinating. Also, one of my favorite horror movies just happens to be the first movie that was ever authorized to film in the Catacombs, themselves.

I want to visit this museum because it would fulfill two interests. First, it would fulfill my interest in learning about anything related to World War II; second, it would fulfill my desire to learn about the USSR and the Soviet regime. My mother was born in neighboring Romania, and likely has relatives who were living in Hungary at the same time- I want to understand what they went through. 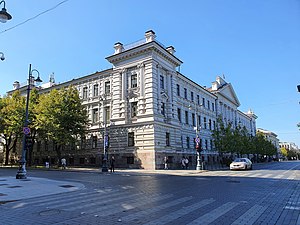 I’ve already been here (my 1st mom’s parents are Lithuanian immigrants); however, I was only thirteen when I visited. Since then, I have learned of the less-than-appealing side of Vilnius as it related to its existence as a part of the Soviet Union. Frankly, the existence of a major KGB Centre and prison in such a historical and beautiful city is profoundly disturbing to me. 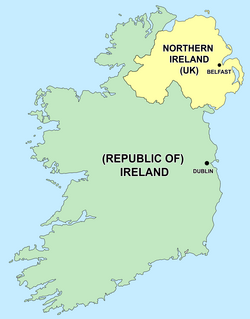 I want to visit Northern Ireland because of, yet again, my family history: both sets of my father’s grandparents were Northern Irish immigrants. I grew up hearing stories and doing some research myself about the period known as the Troubles, and frankly, the concept of my dad’s train having to have a decoy in the 1970s because of sectarian violence is so alien that it.