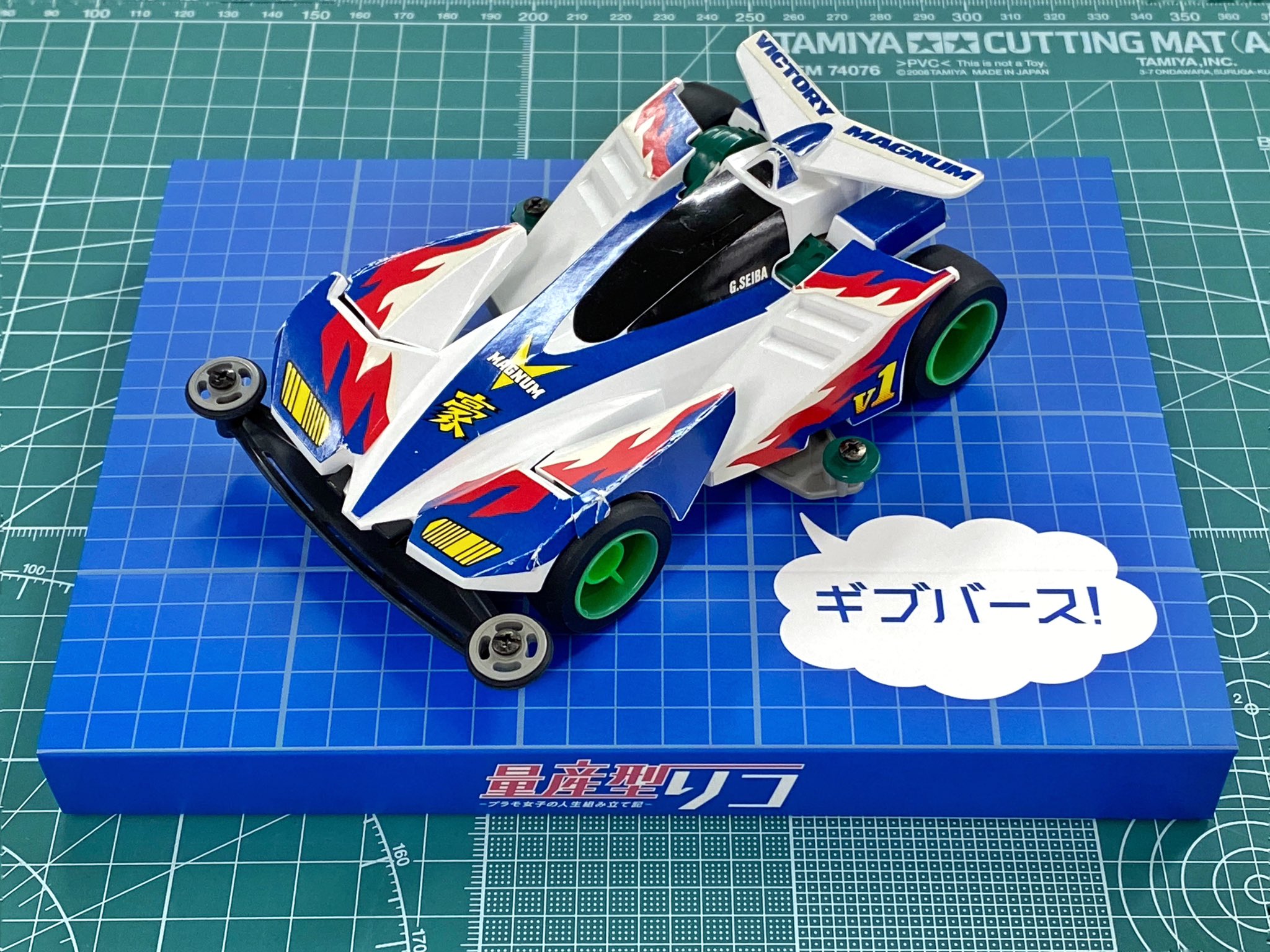 If you were born in Asia in the 2000s or earlier, then you should be familiar with Mini 4WDs. If you aren’t, they are small, palm-sized battery powered toy cars, which usually run on tracks, but are capable of racing on other terrain. Produced by hobby-grade toys manufacturer Tamiya, it was somewhat part of the remote control vehicle buzz in the nineties, with its prominence being less worldwide. Still, the company found success in various parts of Asia, where the hobby continues to be relevant for those in the know. Like most toys and merchandise back then, an anime/manga series was made to promote it, and while there were a number of them, only one didn’t fade into obscurity (well, somewhat): Bakusou Kyoudai Let’s and Go.

Written by Tetsuhiro Koshita, the story follows Seiba brothers Retsu and Go (which of course makes up the title, clever) and their passion for racing Mini 4WDs. A spinoff was also made on two different brothers, Gouki and Retsuya. Anime adaptations were also made, but had differences to the source material. Just like the toys, it was nearly forgotten after the mid 2000s, only remembered by those who were still in on the hobby. After more than a decade, Koshita dropped the sequel in 2014 titled ‘Bakusou Kyoudai Let’s and Go! Return Racers!’ Set 20 years after the original manga, the Seiba brothers now lead their own lives, with Go racing in F1 and Retsu working as a space development engineer. The series also introduced Tsubasa, Go’s implied son, or his successor; there isn’t enough elaboration on who he is. While the first volumes of the manga implied that he would play a significant role, he was moved to a spinoff of his own while the series continued on flashbacks of the Seiba brothers.

When I discovered the existence of a sequel for one of my favorite childhood series, I was hyped, but after reading through the chapters, I couldn’t help but feel disappointed. The first issues were promising, especially the pilot. The idea of a series focusing on the original cast’s lives carry great potential, not to mention how Go’s ‘son’ could branch into much more interesting story arcs. The title itself implies that we would get to see more action from the group, which isn’t completely wrong. Still, it was done in a way that essentially reduced all of the aforementioned potential, as later issues were exclusively flashbacks.

(One example of Go’s obsession with other female characters. Every other panel showcasing this has too much fanservice.)

It was beginning to feel like extras/unreleased issues from the original manga, which should be great in theory, but ruined by the fact that none of it has the same feel. The villains/other characters that the protagonists interact with are reduced to nothing but throwaways with barely any personality. Much of the action and suspense has been turned down due to the simplification. Most of the flashbacks do focus on Go’s teenage years, which makes it worse. Go has become much more irrational and perverted than his younger self, which is reasonable considering teen mentality, but repelling for the audience. Coinciding with it is fanservice of female characters, both new and returning ones.

The original series had little-to-none, and I can’t help but feel that its kid-friendly nature is what made it enjoyable to read as well. While the story and setting of the original can get quite wild at times, it is written in a way that engages the readers. Contrary to Return Racers, where the wild factor in its writing just feels off. The realism in the sequel is also reduced and conflicts happen for the sake of conflicts. Then again, we are discussing the same series that has the toys doing barrel rolls, rocket boosters, and high-tech stuff that is way too advanced for the time period that the original is set in, but was fun to read nevertheless. It helped that the original also had more grounded realism than its sequel.

p dir=”ltr” style=”line-height: 1.38;margin-top: 0pt;margin-bottom: 0pt”>For those looking forward to knowing what became of the original cast, reading the first few issues is sufficient. The flashbacks aren’t really worth reading, which exactly presents the main problem with Return Racers – its shift of focus on past adventures removes any excitement and engagement, as the new original characters tend to be one-and-done. If the story continued to follow the original cast and/or Go’s interactions with Tsubasa, it would allow for a greater dynamic and expand upon new characters to a point where they can be memorable. Though there might be other reasons for the switch, like promoting the actual toys. Regardless, it’s safe to say that there isn’t much going for the sequel, unless the formula changes.